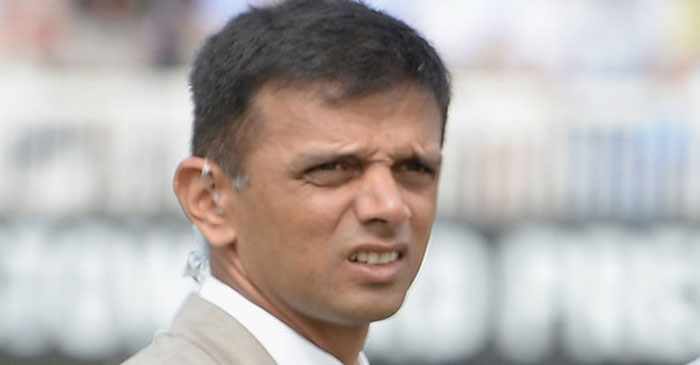 You will be surprised to hear that in past, hostel guests used to complain about weird noises coming from former Indian batting legend Rahul Dravid‘s room!

Recently, famous stand-up comedian Vikram Sathaye on his show ‘What the Duck’, revealed a very interesting story about the former Indian skipper. Sathaye asked Dravid about how once guests complained about weird noises coming from his hotel room. “Are you aware of the fact that hotel guests used to complain, people who were especially living next to your room that weird noises would come out of Rahul Dravid’s room because there was actually a net practice happening there. The night before,” a laughing Sathaye said.

‘The Wall’ replied to the host by saying “No, I mean, I wasn’t. I mean you carry a bat with me, I like to carry the bat in my room and just sometimes, pick up the bat and get a feel of what it felt like in my hand and so when you are tapping the ground and sometimes you know, the people below you the floor, sometimes you get the odd calls and saying ‘can you stop that’.”

Sathaye also told a very interesting story about the night practice sessions of the former cricketer by saying “Vijeta (Rahul Dravid’s wife) said that early in your marriage she thought you were sleep walking.”

To this, laughing Dravid replied, “No, I mean it happens so sometimes you can’t get sleep. So, you know swinging the bat or you just you know sort of practicing a drill something and I think that’s a lot of batsmen will do that. They’ll sort of and you are taught that as a youngster. You used to drill your technique in front of a mirror, so you know practicing, sort of shadow practicing and it just becomes the habit and it’s almost a comfort feeling I think. It’s just a little bit of a comfort feeling when you feel nervous and pick up your bat and shadow practice and imagine you self-smashing the bowlers all over the ground.”

Sathaye then revealed another part of the first story, about hotel guests who used to complain about those weird noises, “Mane kaka (Ramesh Mane, Team India’s masseur for a long time) tells a story that somebody complained that a lot of noise is coming out of Rahul Dravid’s room. So, they went back and said, sorry on your behalf and when they found out that it was Rahul Dravid’s room, they came and apologized because they didn’t want to go down in history as culprits who disturbed Rahul Dravid and caused India’s loss.”