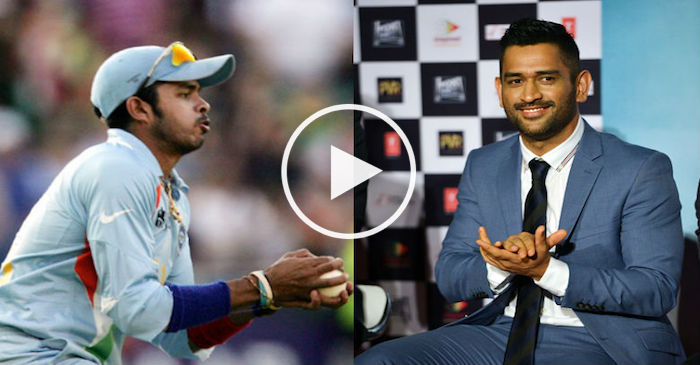 MS Dhoni during the trailer launch of his biopic ‘MS Dhoni: The Untold Story’, explained what was going on in his mind when S. Sreesanth took the catch of Pakistani batsman Misbah ul Haq and India lift the maiden T20 World Cup in 2007.

It all started with a question asked by a fan to which Dhoni answered in his own style, he said, “Talking about that final catch ofT20 World 2007, when I watched it on TV in the highlights, even my heart beat was up and the way everyone was focusing on that ball, I thought this has gone, this will go for a one-bounce four. But actually I was there when the match was going on.”

“When Misbah played that shot ball went up and I saw that it is going at not so good pace. There was not much pace in it. Then I saw Sreesanth at short fine leg and before reaching the point to take the catch, he had already tumbled two-three times. I thought that if this one is dropped then no idea what is going to happen. But I feel easy catches are the most difficult ones in cricket because when you are watching the ball, everything comes in front of you. If dropped then this will happen, that will happen and the ball is slowly coming down. That’s why we say, being in the present is important but our mind is so strong that it takes us here and there. So, I feel that was one of the toughest catches”, Dhoni added.

The Indian limited overs skipper also explained the famous six he hit to win the 2011 World Cup final. He said, “It was a big relief, because wherever we used to go, everybody used to ask the same thing. India is winning the cup, why, because India is hosting. I said host team has never won a World Cup till now. So winning was important, but after some time it was important for us to have fun as everyone used to ask the same question.”