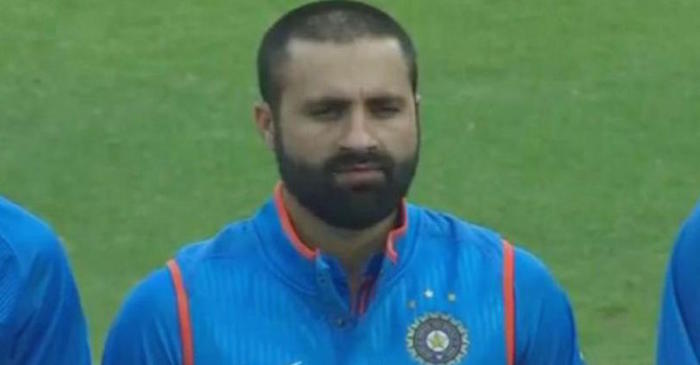 The first T20I played between India and England at the Green park stadium, Kanpur was a big occasion for Parvez Rasool. Rasool, who had a very impressive last season of Ranji Trophy, made his T20I debut for India and bowled 4 overs picking up a wicket for 32 runs.

According to the Section 3 of the Prevention of Insult to National Honour Act, 1971,

“Whoever intentionally prevents the singing of the Indian National Anthem or causes disturbance to any assembly engaged in such singing shall be punished with imprisonment for a term which may extend to three years, or with fine, or with both.”

This is how Twitteratis showed their discontent on Parvez Rasool’s casual approach during the National Anthem: