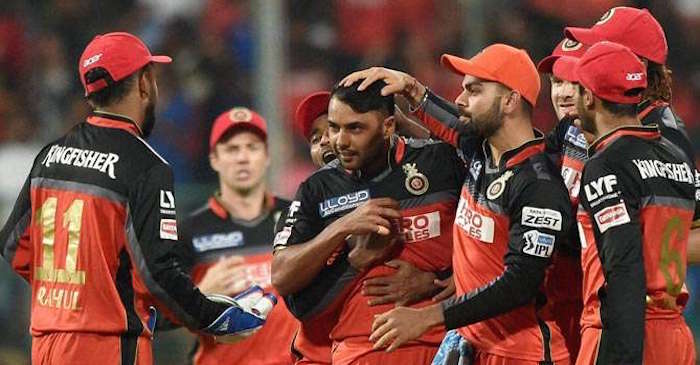 Stuart Binny was named as wicket-keeper in Royal Challengers Bangalore (RCB) All Stars XI during their exhibition game against Unisys India who have won the Corporate Cricket Championship.

The 32-year old all-rounder was joined by fellow RCB players like Sarfaraz Khan, Iqbal Abdullah and Sreenath Aravind. The T20 match was played at the Chinnaswamy Stadium in Bengaluru on Sunday night.

Also READ: MS Dhoni’s resignation “was not spontaneous but under pressure”

Coming to the bigger picture, Stuart Binny has not been included in the Indian squad for the upcoming series of the ODIs and T20Is against England.

He last featured in Team India in September 2016. He played against West Indies at Florida in a T20I.

Here is the RCB All Stars XI team: