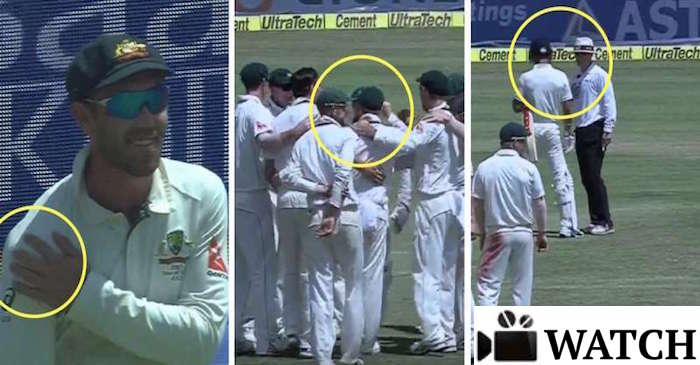 In the 3rd Test match of the ongoing series between India and Australia in Ranchi, the Australian players Glenn Maxwell and Steve Smith mocked the Indian skipper Virat Kohli in the post lunch session.

The first incident happened when in the 81st over of Indian innings, Cheteshwar Pujara played a shot towards deep midwicket which look destined for the boundary. But, Aussie fielder Glenn Maxwell put in a dive to prevent the ball from reaching the fence. He dived in the same place where Kohli had earlier injured his shoulder. On the very next ball, Maxwell’s jibe had an impact as Kohli was dismissed by the pacer Pat Cummins in the slips by Steve Smith. The adrenaline was pumping for the Australian skipper, and he let his frustration out.

Smith firstly celebrated with the team after completing an incredibly tough catch, followed by his gestures to send off Virat Kohli. Meanwhile, Kohli immediately took notice of the situation and informed the umpire about the same.