Bollywood actor Ranveer Singh, who will be seen as emperor Alauddin Khilji in upcoming film Padmavati along with glamorous actress Deepika Padukone, has picked his favourite cricketer during the cricket entertainment show IPL Extraaa Innings T20.

Ranveer joined host Gaurav Kapur and former cricketers Aakash Chopra and Ajay Jadeja for a nice chat session during the show. Well, when Ranveer was asked to choose between ace cricketers Sachin Tendulkar and MS Dhoni, he gave an interesting answer and fans will definitely love it. The Befikre actor said, “In my life after Sachin Tendulkar if any cricketer exists then he is MS Dhoni. So I have a few choice of words for everybody who has criticized performances of Dhoni, form is temporary and class is permanent. I think when the big games come around the Lion is going to roar.” 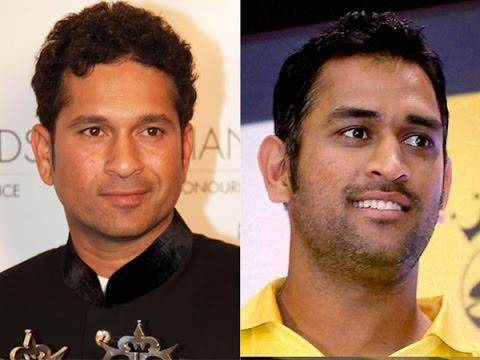 And Ranveer’s words turned out to be a good luck for the Rising Pune Supergiant as Dhoni in the first qualifier match of IPL 2017, played a match-winning cameo of 40 runs against the Mumbai Indians off just 26 balls with the help of 5 sixes.