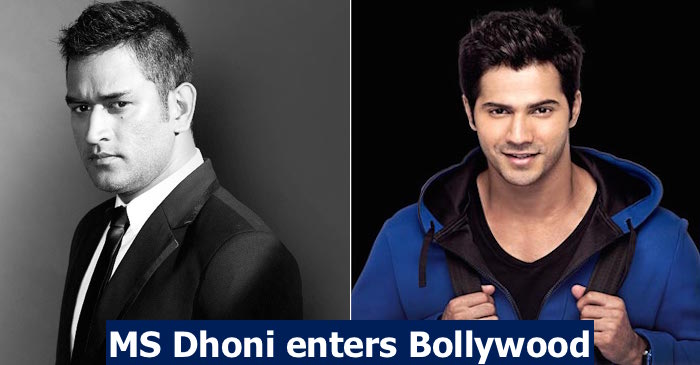 Former Indian skipper, MS Dhoni is all set to enter Bollywood. However, he won’t be acting in a movie and might soon become a producer for making the biopic of legendary hockey player, Dhyan Chand, which will be directed by Rohit Vaid, starring Varun Dhawan. According to a report in Deccan Chronicle, “Cricketer M.S. Dhoni has acquired the rights to the film and might produce it. It is still not clear whether Karan will be co-producing the film, but Rohit is very much directing the film with Varun.”

This is Dhoni’s new step in the entertainment world post being associated with his biopic last year, MS Dhoni: The Untold Story, which not only became one of the highest-grossing films of 2016 but also fetched a lot of appreciation for actor Sushant Singh Rajput, who played the titular role of India’s most successful captain.