From being looked down upon to becoming a convention of sorts, body art has come a long way – not just in cricket circles, but across the board. Athletes now flaunt their quirky tattoos, which range from numbers in various languages to images of warriors to scriptures or names of loved ones. Not only does it add to their personalities, but also leads to spectator interest.

Here is the list of top 15 cricketers with tattoos on their body:

He has a panther inked on his abdomen and a dragon on his right arm. Malinga on his right arm, has got two dates inked. One is the date when he started playing for the Srilankan Team and the other one is when he took four wickets in consecutive four balls. He also has his wife’s name inked. 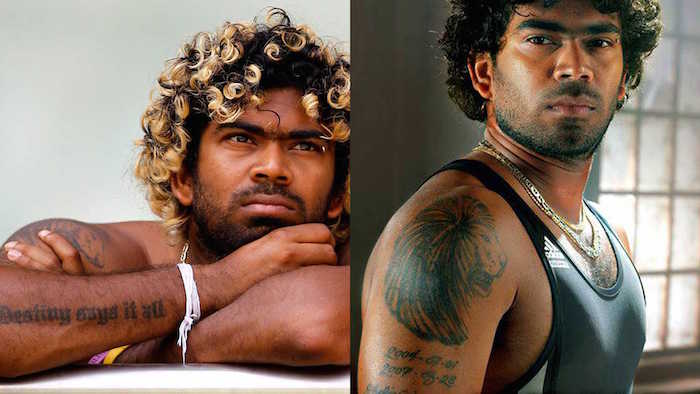 Dale Steyn’s style and pace in bowling is not the only thing fiery about him but also his tattoos that give him a great look.