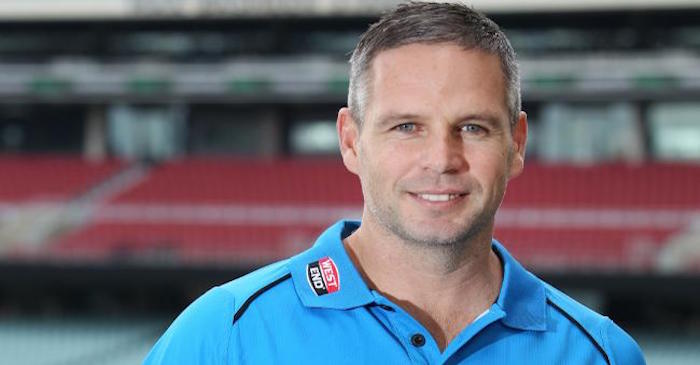 Australia’s Brad Hodge has been appointed as the coach of the Kings XI Punjab team ahead of 2018 IPL, the team management confirmed to Pune Mirror.

In spite of the franchise giving him the role of head coach, it has been revealed that he will report to Virender Sehwag, who is the brand ambassador, mentor and the Director of Cricketing operations of the Kings XI Punjab. The reports further added that Sehwag will be heading all the cricketing affairs of the franchise. Interestingly, this is not the first time that Brad Hodge will be associated with the IPL. He was a prominent player in the Rajasthan Royals camp earlier.

In the last two editions of the tournament, Hodge served as the head coach of the Gujarat Lions franchise. Under his supervision, the Lions had made it to the playoffs in the 2016 edition of the tournament. While Brad Hodge is a new addition to the Kings XI Punjab camp, there have been a few deductions too. R. Sridhar, who served as the fielding coach of KXIP till now, will not be part of the team anymore due to conflict of interest as he serves the Indian Cricket Team. The same is applicable for physio Patrick Farhart as well.

In addition to these two, video analyst Ashish Tuli will also discontinue his services with the KXIP due to conflict of interest. Amidst this backdrop, it is being expected that the team management could soon name the players they would retain for the upcoming edition of the IPL.