Mushfiqur Rahim led Bangladesh to a record T20I win against Sri Lanka in the third T20I of the Nidahas Trophy at the R Premadasa Stadium in Colombo on Saturday. 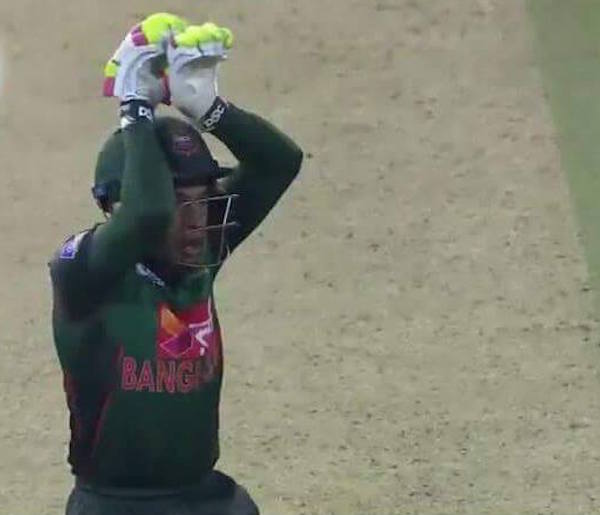 And after picking up the winning run, the Bangladeshi captain befittingly exulted in his exuberant jamboree- ‘Naagin Dance’.

What an innings @mushfiqur15, what a match, what a triller!!!!