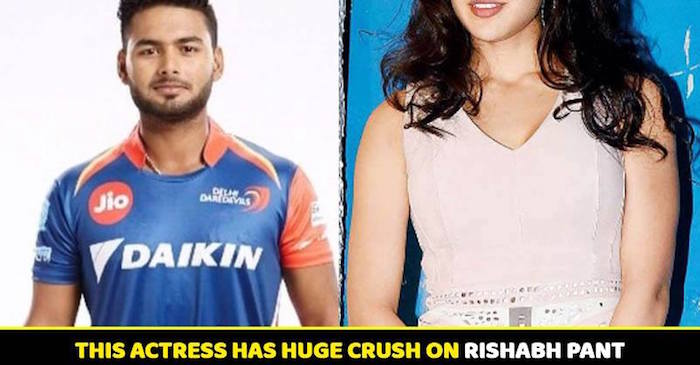 Bollywood and Cricket have an old relation which is unbreakable. We have seen many lovebirds from the two different industry who have made a beautiful couple. Recently, Zaheer Khan and Sagarika Ghatge tied a nuptial knot and proved that the love has no bars.

Earlier, Disha Patani’s secret crush on Virat Kohli made the headlines. Well, it has become the common news that actress is having crush or love with cricketers and we could also say that it has become the trend these days as well.

Now, another love affair update has come from Cricket-Bollywood world. Yes, the player is Rishabh Pant, who became famous for his performance with the bat during the IPL 2018. Although he has a huge female fan following but he will be surely happy to know that a young actress has also fallen in love with him.

Any guesses who is the actress? Well, she is none other than Saif Ali Khan and Amrita Singh’s daughter, Sara Ali Khan. Yes, Sara is having a secret crush on the Delhi Daredevils wicketkeeper. She has been recently seen cheering for him and also spotted with Rishabh too.

Though Sara hasn’t yet made her Bollywood debut she is expected to soon make her first appearance on the big screen.