West Indies pacer Sheldon Cottrell has produced what could be the worst delivery of all time.

The left-armer was opening the bowling against Bangladesh when he unleashed the wild ball, which went straight to second slip on the full, stunning onlookers and leaving commentators perplexed. 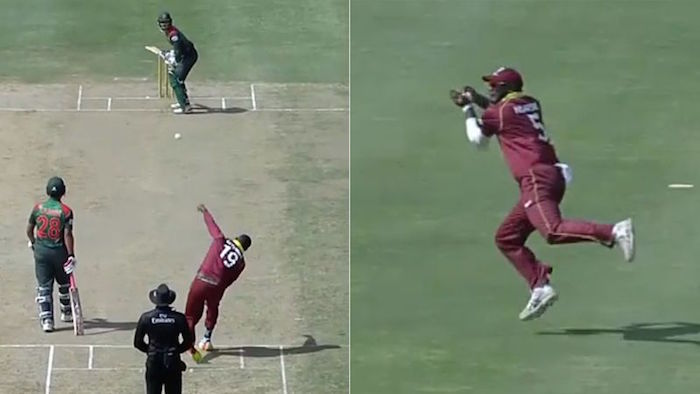 “Goodness me,” one commentator said. “I have not seen this before.”

The 28-year-old bowler apologised to teammates before returning to the crease to have a look at his foot mark.

Meanwhile, the umpire struggled to contain laughter as he signalled a wide.

“Luckily no one was in danger, second slip had to take a simple catch,” another commentator said.

Unfortunately for Cottrell, his day didn’t get much better as Bangladesh’s opener Tamim Iqbal went on to make a century and lead his team to a series victory.

That didn't quite go to plan…