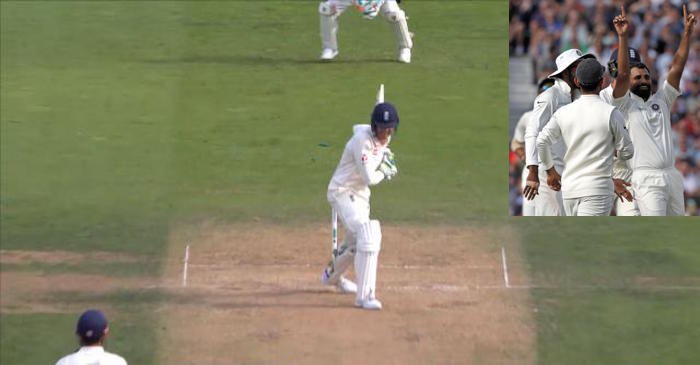 Fast bowler Mohammed Shami piled more misery on under-pressure Keaton Jennings by castling the English opener for just 10 in the fifth and final Test match at the Oval. In the first innings, Jennings scored 23 and did even worse in the second. The left-hander was clean bowled by a ‘jaffa’ from Shami.

The Indian pacer was beating Jennings’ outside edge regularly and finally managed to get the wicket when the batsman offered no shot. Shami bowled on good length and the ball kept coming back into the left-hander. However, Jennings did not read the delivery perfectly and also failed to cover his off-stump, allowing the ball to go and disturb his timber.