Hearing the name of a famous cricketer at various events and talk shows related to cricket is nothing special. But when one hears the name of a renowned cricketer being taken at a beauty pageant, it indeed makes it a special experience.

At the recently concluded Yamaha Fascino Miss Diva 2018 pageant Roshni Sheoran who was adjudged one of the winners spoke about a legendary cricketer during the Question and Answer round.

Roshni Sheoran, a runner-up at the Miss Diva 2018 came up with MS Dhoni’s name when asked about the contributions made by her country’s legends towards the nation.

“He has the qualities that a great leader should possess. Firstly, he is the ‘captain cool’. He can take situations in a calm way. Secondly, he always encourages his teammates to okay better and that’s teamwork. The third one being he always helps others,” Roshni told the judges while explaining the reason for her admiration towards the cricketer after she was asked a question by model-actress Malaika Arora.

Judges Sushant Singh Rajput and Shilpa Shetty, who are known for their love for the game, were impressed with Roshni’s answer. Sushant has even portrayed the iconic cricketer in a movie named as “M.S. Dhoni: The Untold Story” which was released in September 2016.

Dhoni still remains India’s most successful captain in all three formats of the game. He has won every major tournament in the game and recently captained India in the 200th match in Asia Cup 2018 against Afghanistan. The veteran cricketer is also known for his modest approach on the ground which has won him numerous admirers from across the globe. 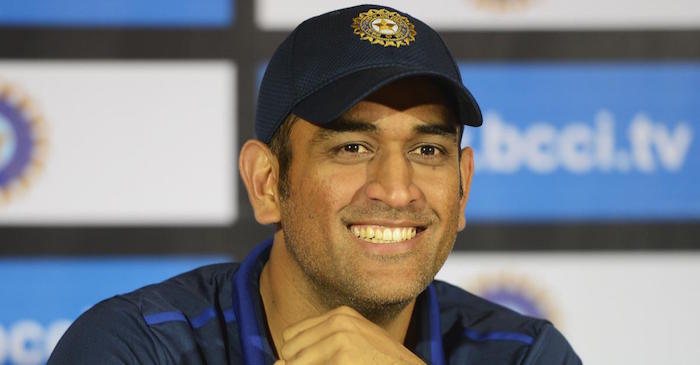