During the second T20I between Bangladesh and West Indies played at the Shere Bangla National Stadium in Dhaka, the tourist’s opener Evin Lewis could have been dismissed in the first over of the innings, but DRS saved him after a poor decision was made by the on-field umpire.

Lewis completely missed a fullish delivery bowled by Bangladeshi pacer Abu Hider Rony. Umpire gave him out after the bowler and slip fielders appealed in unison thinking the ball had hit the batsman’s pad. Umpire too raised his finger soon and gave Lewis LBW out.

Seeing Lewis walking back, his batting partner Shai Hope decided to show objection on the decision. When reviewed, it turned out to be an umpiring howler. The ball didn’t even touch the pad instead it was hitting the bat. 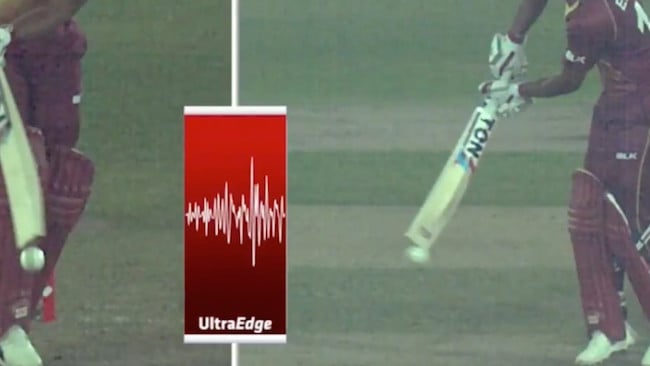 The third umpire quickly asked the on-field umpire to change his decision and the bizarre dismissal of Lewis was avoided.