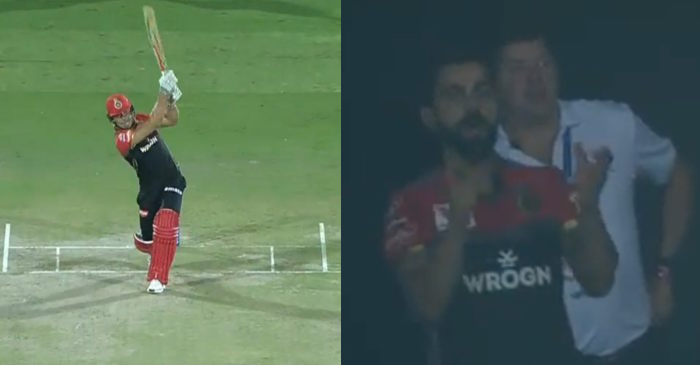 Marcus Stoinis made his debut for Royal Challengers Bangalore (RCB) on Tuesday in the IPL 2019 Match 14 against Rajasthan Royals at the Sawai Mansingh Stadium in Jaipur.

Stoinis slammed 31 runs from 28 balls, including a monstrous six which not only got the crowd on their feet but also forced RCB skipper Virat Kohli to applaud the former’s efforts.

The incident happened in the 14th over of first innings. Stoinis, who initially struggled to find his rhythm in the game, went after Jofra Archer on a Free-Hit and smashed him for a huge six. While RCB went past the 100-run mark with this humongous shot, Kohli was seen elated in the dressing room.

Later, RCB managed to put 158/4 on a difficult wicket, a target which the Royals chased down with one ball to spare by losing just three wickets.