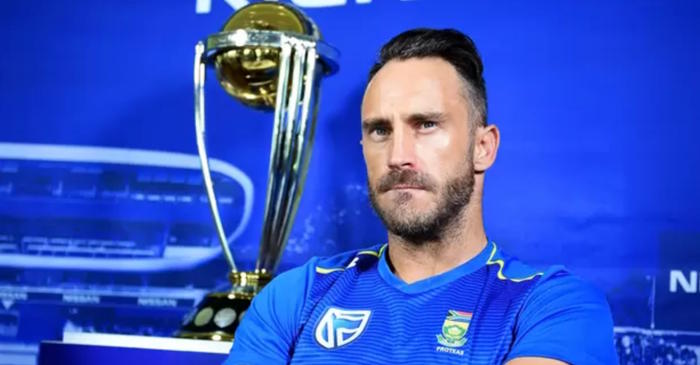 South Africa have been knocked out from the semi-finals of the ICC Cricket World Cup four times – in 1992, 1996, 2007 and 2015 – and this year too will walk onto the cricket’s biggest extravaganza with the ‘chokers’ tag.

However, Cricket South Africa (CSA) have picked a strong side for the showpiece event scheduled to start from May 30 in England and Wales.

Ahead of the tournament, captain Faf du Plessis has warned the World Cup-bound players to not try and attempt “Superman” things at the 10-nation event as he cited examples of previous World Cups, where players had tried to do extraordinary things to win the coveted trophy but eventually failed.

“In previous World Cups, we wanted to do Superman things,” du Plessis said in his recent interview.

“We thought we had to be more special, we had to do something more than we usually do, and we did not do what was good enough. We haven’t always got that right in the past, to play our best cricket at the World Cup, because we put so much pressure on ourselves. We want to just focus on enjoying our cricket,” he further said while adding, “We believed you had to be really special to win the World Cup, that you had to do something more than you usually do, which is not true.”

The South African skipper also emphasised that they need to do what they have been doing in the past couple of years consistently – do the basics as well as possible.

“Whatever we’ve been doing consistently, the way we’ve played while beating teams that will work. We have to do the basics as well as possible, teams don’t win the World Cup by someone scoring a century off 50 balls or taking 7 for 20,” Du Plessis concluded.

South Africa will begin their 2019 World Cup campaign against the hosts England on May 30 at Kennington Oval in London.