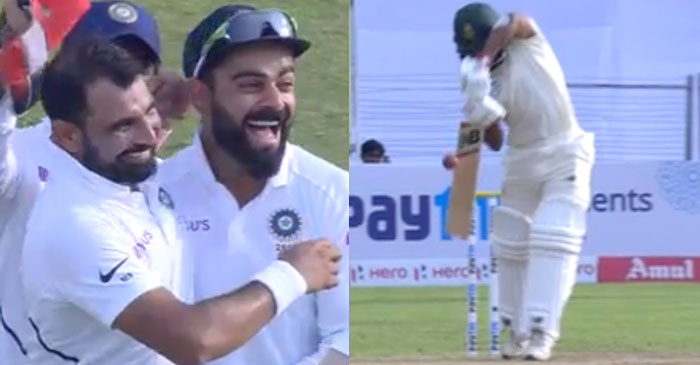 Indian skipper Virat Kohli smashed a career-best 254 not out, all-rounder Ravindra Jadeja hit 91 while Umesh Yadav picked two wickets on his comeback as India took firm control of the second Test against South Africa in Pune.

Kohli’s record-breaking knock helped India declare at 601 for five before Umesh and Mohammed Shami broke the backbone of the Proteas batting line-up. At the end of the second day’s play, South Africa was 36 for 3, trailing India by 565 runs.

Umesh Yadav struck in his first two overs to dismiss the South African openers Aiden Markram and Dean Elgar. Mohammed Shami then removed Temba Bavuma on his first ball of the match.

However, India got the wicket of Bavuma only when the bowler asked his skipper to take a DRS as the umpire had initially ruled the batsman ‘not out.’ After seeing the TV replays, the third umpire told the on-field umpire to change his decision, and therefore, Bavuma had to move back to the pavilion.