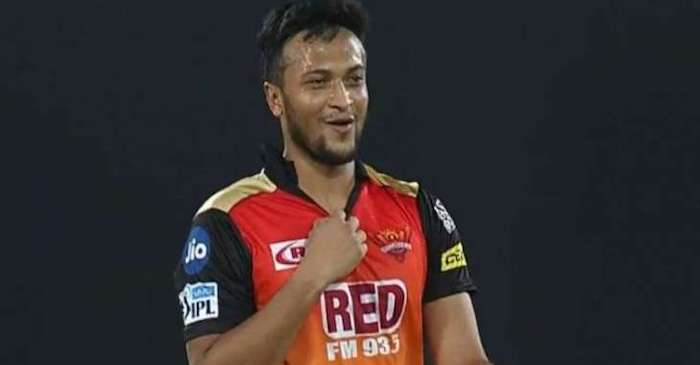 The International Cricket Council (ICC) has banned Bangladesh captain Shakib Al Hasan from all cricket for two years, with one year of that suspended, after he accepted three charges of breaching the ICC Anti-Corruption Code.

The charges cover not reporting approaches in relation to Bangladesh, Sri Lanka, and Zimbabwe Tri-Series during 2018 as well as the Indian Premier League (IPL). The ICC has confirmed if Shakib satisfied the conditions of the suspended part of the sanction, he would be free to resume international cricket in October 2020.

Shakib plays for the Sunrisers Hyderabad (SRH) in the IPL and he was approached by the bookie ahead of the match between SRH and Kings XI Punjab (KXIP) on April 26, 2018.

“Article 2.4.4 – Failure to disclose to the ACU full details of any approaches or invitations he received to engage in Corrupt Conduct – in relation to an IPL 2018 match between Sunrisers Hyderabad v Kings XI Punjab on 26th April 2018,” one of the imposed charges on Shakib read.

Shakib in a statement said: “I am obviously extremely sad to have been banned from the game I love, but I completely accept my sanction for not reporting the approaches. The ICC ACU [anti-corruption unit] is reliant on players to play a central part in the fight against corruption and I didn’t do my duty in this instance.

“Like the majority of players and fans around the world, I want cricket to be a corruption-free sport and I am looking forward to working with the ICC ACU team to support their education programme and ensure young players don’t make the same mistake I did.”

According to the other released details, Shakib was in contact with a person named Deepak Aggarwal who used to message him on WhatsApp. He asked him for inside information ahead of the match between SRH and KXIP in IPL 2018. Though Shakib has claimed that he didn’t provide any information, his failure to report the incident has led to ICC imposing charges on him.

Here are more details of that conversation:

On 26 April 2018, he (Shakib) played for the Sunrisers Hyderabad team in its IPL match against Kings XI Punjab.

He received a WhatsApp message from Mr. Aggarwal that day asking him whether a particular player was going to be playing in the game that day, i.e. again asking for Inside Information.

He confirmed that he had concerns over Mr. Aggarwal, feeling he was a bit “dodgy”, and that, following their conversations, he had the feeling that Mr. Aggarwal was a bookie.

He did not report any of the contacts and approaches received from Mr. Aggarwal on 26 April 2018 to the ACU or any other anti-corruption authority.