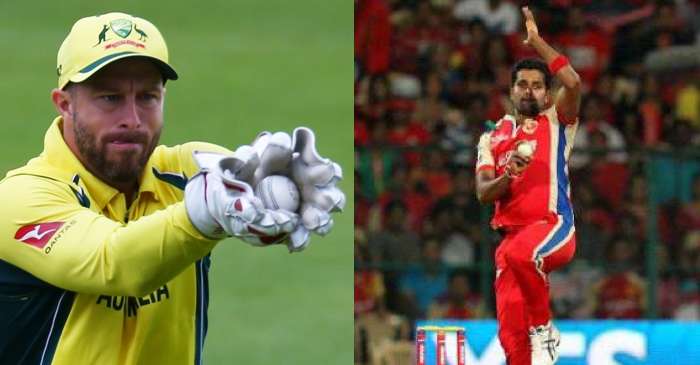 Six more players have been added to the shortlist of cricketers who will go under the hammer at the IPL 2020 auction in Kolkata on Thursday (December 19).

Matthew Wade, R Vinay Kumar, Ashoke Dinda, Sanjay Yadav, Robin Bist and Jake Weatherald have been roped in the final auction pool along with other 332 cricketers.

Vinay Kumar, who has taken 105 wickets from as many IPL games at an economy rate of 8.39, did not find any buyer during the last year’s auction.

He had then expressed disappointment over his IPL snub.

“Before the 2018 IPL began, I was KKR’s go-to bowler in the nets as well as all the practice games. But once the season started, I got only two matches where I was asked to bowl the first and the 20th over. It’s a very challenging ask to bowl an over each at the start, and at the death,” Vinay Kumar was quoted as saying to Sportstar during the last season of Syed Mushtaq Ali Trophy.

“So if people made up their minds after watching me in just two matches, then I don’t know what to say. I am still hopeful of a call-up because it’s a long tournament, and some niggles here and there to some player might open the door for me,” he added.

Meanwhile, Ashoke Dinda’s name is also surprising for many as he last played in the cash-rich tournament in 2017 and went unsold in the last two editions. With the six players being added to the auction list, a total of 338 players will now go under the hammer of an international auctioneer Hugh Edmeades.

Hugh is a British international fine art, classic car, and charity auctioneer. In a 35-year career as a Christie’s auctioneer, he conducted more than 2,500 auctions, selling over 310,000 lots for a sum above 2.7 billion pounds.

Last year also, his services were hired after the BCCI discontinued another auctioneer Richard Madley.