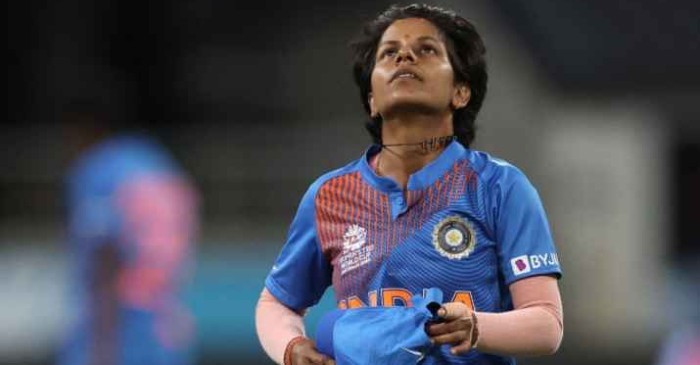 India ace leg-spinner Poonam Yadav still finds it difficult to move on from the loss in the finals of the T20 World Cup in Australia.

India, who remained unbeaten throughout the tournament, reached the finals of the competition on the back of Poonam’s magical spells, and Shafali Varma’s explosive starts.

Yadav finished second in the tally of wickets (10 wickets in 5 games) in the tournament, only behind Megan Schutt.

However, midway through India’s long tour Down Under, former Indian captain Diana Edulji questioned the team’s mentality in big matches.

India also lost to the Australians in the Women’s T20 Tri-series, which featured England as the third side. The criticism gained momentum as India lost another game at the big stage.

“We lost just one match – the final – but that hurt us. It’s a game after all, and the team which played better, won,” Yadav told Sportstar.

This is now the second time the Indian women’s team came heartbreakingly close to an ICC World title. The Blue Brigade also had a dream run in the ODI World Cup in England back in 2018.

In that tournament as well, India was not able to cross the finishing line in the finals, losing out to hosts England. Therefore, Yadav rued about not being able to be felicitated with the gold medal for once.

“I am tired of finishing runners-up twice, pata nahi gold kab milega! But 2021 World Cup should be ours, and we will go all out to chase our dreams,” added the most successful bowler for India in T20Is.

Coming back from an injury, Poonam ripped through the powerful Australian batting lineup in the opening match of the T20 World Cup, with her spell of 4/19.

“All I thought was to play to my potential and not let my team down. It was, after all, the first game of the T20 World Cup, so I made sure that I backed my team-mates well. That definitely helped me in scalping those four wickets,” Yadav reflected on her performance against the Aussies.