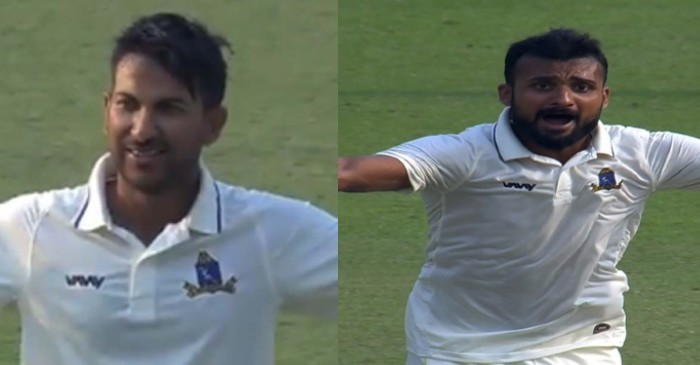 Bengal, who is on a winning spree at the moment, knocked out eight-time champions Karnataka in the semi-finals of the Ranji Trophy 2019-20 season at Eden Gardens in Kolkata on Tuesday.

Karnataka, at full strength, barring Mayank Agarwal, received a major blow to their expectations of reaching their 15th final in the tournament history after being handed a massive 174-run defeat by Bengal.

With this win, Bengal entered into the finals of the tournament after a 13-year long wait. Bengal won Ranji Trophy, way back in 1990, and ended up as runners-up in the 2006-07 season.

Earlier, Karnataka won the toss and elected to bowl first, and instantly reaped rewards of the juicy pitch, reducing Bengal to 67-6. However, it was heroics from Anustup Majumdar, which saved the blushes for the hosts as he took the Bengal team out of trouble with his unbeaten knock of 149 off just 207 deliveries, where the rest struggled.

Coming out to bat, Karnataka had no answer to Bengal ace pacer Ishan Porel who clinched a decisive five-wicket haul. Meanwhile, Akash Deep and Mukesh Kumar shared five wickets amongst themselves as Karnataka were dismissed for a paltry 122.

In the second innings, with a massive lead of 190 on the board, Bengal scored 161, to give Karnataka a monumental target of 352, in front of the likes of KL Rahul, Manish Pandey, Karun Nair, and Krishnappa Gowtham.

Despite Devdutt’s Pallikal’s resistance of 62 runs, Karnataka faced yet another match-winning spell from Mukesh Kumar who picked up six wickets in the innings. Majumdar was adjudged as the ‘Man of the Match’ for his impressive knock in both innings of the game, (aggregate of 193).