India has been a consistent team in Test format. Having played as many as 542 Tests, India has undoubtedly earned a champion team status in the cricketing world. In the current World Test Championship (WTC), India are at the top with 360 points.

However, to qualify in the Indian Test side is pretty difficult as the competition for national team selection is way too hard here. That’s why some of the top performers in the domestic circuit get ignored at times.

Just like England, the Indian team has players in the past from other countries. Few players born in different countries have been able to represent India in red-ball cricket.

Let’s have a look at four Test players who were born outside India: Lall Singh was amongst the list of first players who represented India in Test cricket. He appeared in India’s inaugural Test match against England in 1932 at the Lord’s Cricket Ground. Not only this, but he was also the first Test cricketer of an Asian team who was born in a non-Test playing country. Lall was born in Malaysia’s Kuala Lumpur in December 1909.

Lall played knocks of 15 and 29 runs, respectively; however, it turned out to be his first and last Test.
When it comes to his first-class career, the right-handed batsman has featured in a total of 32 matches in which he accumulated 1123 runs with one hundred and five half-centuries. The genius all-rounder who changed the mindset of Indian cricket by producing all-round efforts, Robin Singh still remains the most capped player in international cricket for India who was born outside.

Robin was born in the Princes Town, which is a city in Trinidad and Tobago. Many don’t know that he made his professional debut for his home team before moving to India.

In October 1998, Robin made his Test debut against Zimbabwe, however, just like Lall Singh, Robin also featured in one Test for Team India. He made 27 runs in that game.

Despite his lousy show in red-ball format, Robin had an excellent time in white-ball cricket. He played 136 ODI matches and clubbed 2336 runs with one hundred and nine half-centuries. He also bagged 69 wickets in his ODI career with 5/22 being his best. Lots of people are not aware of the fact that there has been only one cricketer born in Brazil who has featured in Test cricket. He was left-handed batsman Ashok Gandotra. He was born in November 1948 in Brazil’s famous Rio de Janeiro.

Gandotra made his India debut during the 1969/70 home season where he featured in two Tests – one against New Zealand and another against Australia. He scored only 54 runs in those two Tests at an average of 13.5. 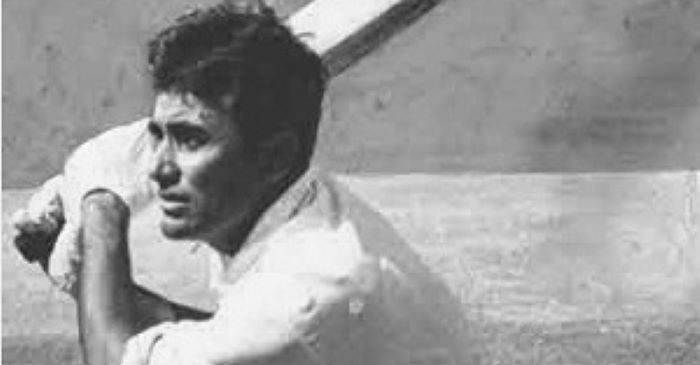 Durani was born in Afghanistan’s Kabul in December 1934. The Arjuna awardee made his Test debut at the start of 1960 against Australia at the Brabourne Stadium.

Incidentally, Durrani’s farewell Test also came at the same venue in 1973 against England. Overall, Durani played 29 Test matches for India, in which he scored 1202 runs with the help of eight 50+ scores including a hundred.
Durani was a spin bowler as well; he bagged 75 wickets at an average of 35.42.