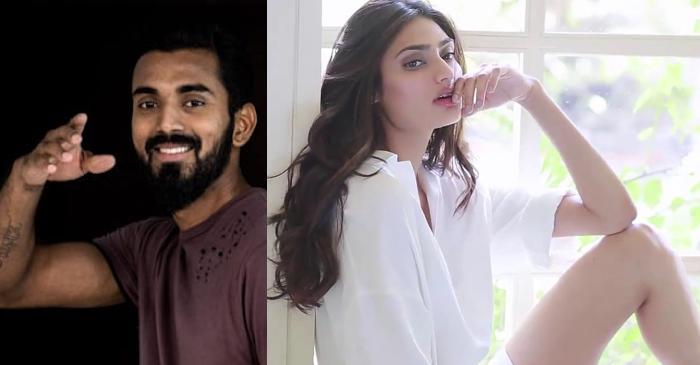 The speculation surrounding Team India’s star batsman KL Rahul and Bollywood actress Athiya Shetty dating are back again and at the root, this time is a white shirt. The pair had hit the headlines in the past for endearing birthday posts or cheeky comment exchanges on social media. But now the relationship rumours between the two have escalated due to KL’s elusive comment on Athiya’s latest post.

Recently, Athiya posted a few pictures on her Instagram handle. In three of these, Suniel Shetty’s daughter can be seen donning a classic white shirt in a chic fashion. The caption of Athiya’s post read, “Party of two!” and the pictures were taken through the digital media by Sasha Jairam.

But, what caught everyone’s attention was her alleged boyfriend Rahul’s comment on her post. He wrote, “Nice shirt.”

Well, KL’s comment added more fuel to the fire, and their fans started doubting that it’s the cricketer’s shirt.

Here are some of the reactions from the curious fans: Interestingly a few months back, Suniel was asked about his daughter’s relationship. But he shut down the reporters with a stern reply. He said, “I do not have the relationship, and you (media) will have to ask Athiya about it. If it’s true, then you (media) come and tell me, and we will talk about it. If you don’t know, how can you ask me?”