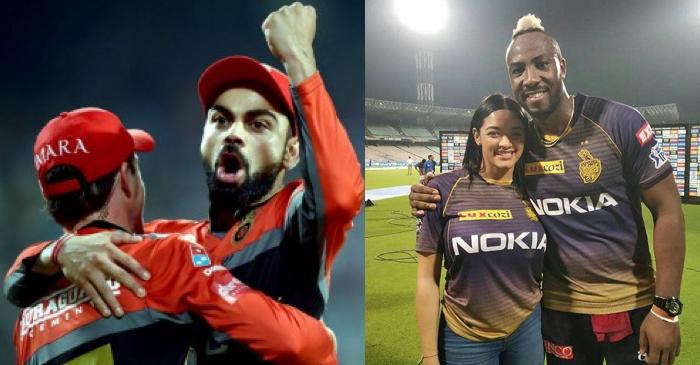 Against Royal Challengers Bangalore (RCB), KKR needed 60 runs off 26 balls, with Russell coming in to bat, a win looked unlikely. Their chances became even slimmer when skipper Dinesh Karthik lost his wicket in the next over, with KKR still needing 53 runs from 18 deliveries.

Russell recalled the scenes which he saw before he entered the field to showcase his inhuman power-hitting skill.

“Dinesh Karthik got one boundary or two then he got out. He hit the ball and I think Virat Kohli took the catch. Virat Kohli turned to Venky (KKR CEO) and where all the wives and KKR supporters were and he is like ‘come on’. When I looked up, like something triggered in my head like, hell no this is not over,” Russell said.

Shubman Gill walked in to bat after Karthik’s dismissal and the youngster was advised by his senior to give him most number of strikes.

“When Shubman Gill walked out, I said hey listen I am gonna take down anybody that bowls. Anyone who comes on I am gonna take them down. So just try to give me as my strike as possible. He said, ‘anything you say big man’, Boom. Since then, the game, it was like six after six and every time I was hitting a six I was not even looking at the scoreboard because sometimes you get carried away with the crowd and everything.”

“Every time after hitting a six I would go to Shubman, punch the gloves with him and go back to take as much deep breath as possible, that allows you to become calm. Looking around is like a waste of energy,” Dre Russell added.

The Jamaican-born cricketer nullified Virat’s 49-ball 82 and AB de Villiers’ 32-ball 63 with a carnage-filled innings to help KKR chase down the target of 206.