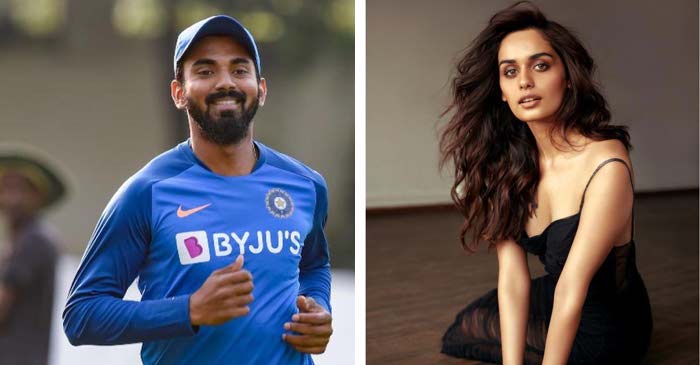 India star batsman KL Rahul doesn’t have any cricket to play for the time being. It’s because the COVID-19 pandemic has taken the world by storm. More so in India, as the country is third in the list of most affected nations after Brazil and the United States of America (USA). But Rahul is still sharing fun posts for his fans and followers on social media platforms to keep them entertained.

The Karnataka-lad recently took to Instagram to share a photo of himself where he can be seen covering his face with his hand. The flamboyant batsman wrote, “Thinking of a caption…”.

Former Miss World Manushi Chhillar reacted to Rahul’s post and came up with a suggestion for the 28-year-old.

Manushi tagged another Karnataka cricketer Sinan Kader in her comment and asked Rahul to get a caption from him. Kader, who played for Mizoram in the Ranji Trophy last year, is also an avid writer and regularly shares his work on Instagram. “Ask @sinankader, he’ll write you an entire page,” wrote Manushi on Rahul’s post. Rahul was in sublime form for India before all cricketing action came to a halt due to the coronavirus outbreak. He scored 224 runs during the T20 International series against New Zealand. The right-handed batsman won the ‘Player of the Series’ award for his brilliant performances in the shortest format of the game.

During the New Zealand tour, Rahul was also praised for his wicket-keeping skills as Rishabh Pant remained on the bench for the entire limited-overs series against the Black Caps. Rahul was all set to lead Kings XI Punjab for the first time in the 13th season of the Indian Premier League (IPL) after being named captain of the side ahead of this year’s edition.

However, he will have to wait for his captaincy stint as IPL remains suspended indefinitely amid coronavirus pandemic.