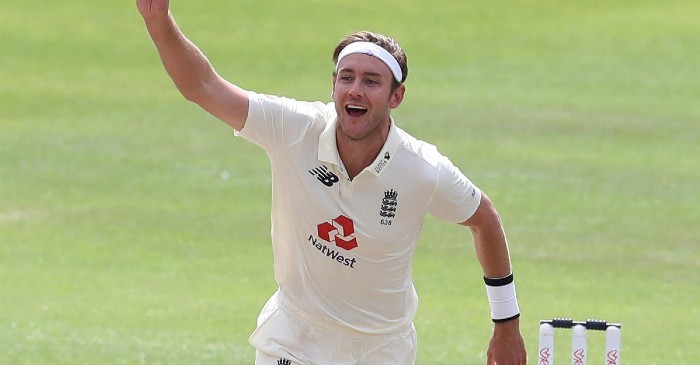 From getting smashed for six sixes in an over by Yuvraj Singh, to becoming the latest entrant of the 500 Test wicket club, the career graph of Stuart Broad has witnessed a significant redemption.

Again, in the Southampton Test match, Broad was made to warm the benches as hosts England were handed defeat by West Indies.

Broad was left gutted and vented out his frustration. He then made the ball talk in the remainder of the series, by picking 16 wickets at a miserly average of 10.93.

In the process, Broad notched up a notable milestone of picking up his 500th Test scalp. Now, the second-highest wicket-taker for England in Tests has hit back at his doubters.

“I was really down that week [in Southampton], but I’ve got some brilliant people around me to pick me up. I knew I was bowling well, I knew I was in good rhythm, so it was great to get an opportunity when we got here to have the chance to take some wickets,” Broad told Test Match Special.

“I had a really good chat with Silverwood and Ed Smith. To be honest it was always unrealistic to expect any seamer would play all six of these Test matches this summer with them being back-to-back and workloads. I was just disappointed I wasn’t chosen for that first game, but I sort of knew deep down I would get an opportunity,” he added.

“If I get challenged or I feel like there is a bit of a point to prove, I’m a competitive person anyway, but I came to Manchester with the bit between my teeth and it does feel really good to have been able to put some performances in. When you cross 30 it’s easy to write you off, when you are 34 it’s much easier to write you off, but I hope I’ve quietened the writers-off a little bit,” Broad concluded.