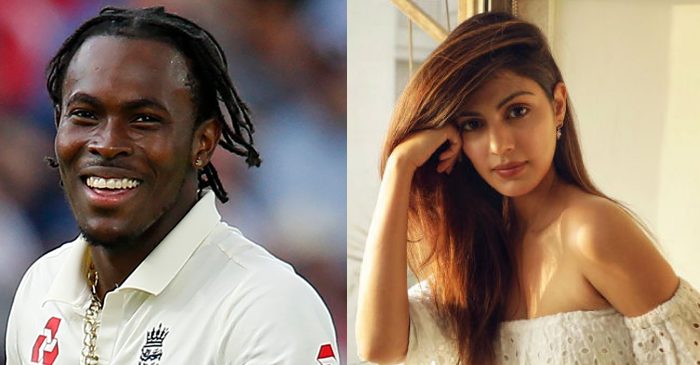 England speedster Jofra Archer is one of the most loved cricketers on Twitter. Now and then, Jofra’s old Tweets keep resurfacing on social media and get viral.

Well, it won’t be wrong to say that every single tweet is one for the future. Fans keep connecting Archer’s old tweets with most of the recent occurring in the world.

Bollywood actress Rhea Chakraborty has become one of the most talked celebrity currently, however, for all the wrong reasons. Rhea is the prime accused in the suicide case of talented actor Sushant Singh Rajput.

The actor was found dead at his Bandra house on June 14. CBI is currently investigating the case.

Archer’s tweet has been receiving hilarious reactions from all around. Netizens couldn’t stop themselves from lauding the English pacer, who never fails to amaze Twitteruniverse with his old tweets.