If there is one team that has earned the reputation of being the most consistent in the history of the Indian Premier League (IPL), then it is Chennai Super Kings (CSK).

The MS Dhoni-led CSK has made it to the playoffs in every season they have played.

The biggest reason behind the success of CSK is that their team management is quite loyal towards the players, and they back them players despite their poor form.

In 2019, Australian Shane Watson was entirely out of touch, yet he was backed heavily, and he did perform in the second qualifier and the finals by scoring 50 and 80, respectively.

They tend not to make too many changes, and they have once again backed their seniors ahead of the 2020 auction to be held on December 19 in Kolkata. This time they have a budget of INR 14.60 crore to fill the remaining slots.

So, let’s have a look at the three players that team yellow might target in the IPL 2020 auction: 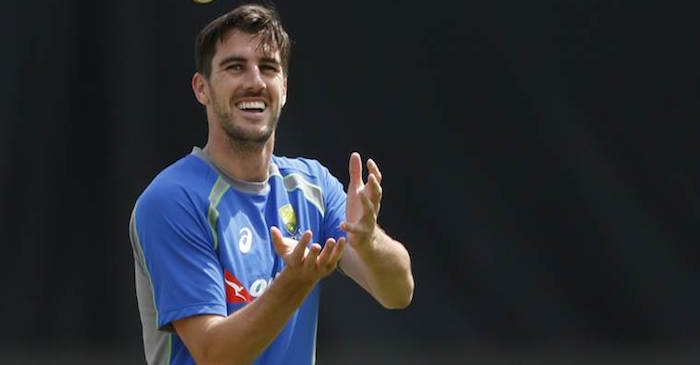 Australian speedster Pat Cummins has been exceptional in the past few years. He may not have played a lot of T20 cricket in the last couple of years, but he’s one of the best all-format bowlers in the world at present.

Speaking about the IPL, Cummins first played for Kolkata Knight Riders (KKR) in 2014 and 2015 but didn’t get a lot of opportunities. In 2017, he played 12 matches for Delhi and picked up 15 wickets.

In 2018, Cummins was bought by Mumbai Indians (MI) for a sum of INR 5.6 crore, but due to a back injury, he was unable to take part in the IPL 2019. Therefore, he was released, and now he is back in the auction pool.

CSK’s home ground doesn’t offer much support to fast bowlers, and they have a solution in the form of medium-pacer like Dwayne Bravo and spin-duo of Imran Tahir and Harbhajan Singh. Still, they need a specialist paceman who can bowl quick spells, especially in the away conditions.

Although the team in yellow have Lungi Ngidi, he hasn’t been consistent for the side. If they go for Cummins in the auction, their problem of having an extra pacer will get a perfect solution. In T20 internationals, Aaron Finch has scored nearly 1900 runs in 58 matches with two dazzling hundreds and 11 half-centuries. His strike-rate is above 150, which is quite remarkable.

In the IPL, Finch has played 75 matches and scored over 1700 runs with 13 fifties. The southpaw is quite familiar with the sub-continent conditions. He also can take the game away from the opposition at any time. Also, considering CSK’s current scenario Finch may be the perfect alternative as the backup opener. Out-Of-Favor India fast bowler has been the most sought-after player in the past two seasons and on both occasions, CSK tried to rope in Unakdat. In 2018, they were involved in intense bidding with Kings XI Punjab but decided to back out after making a bid of Rs 10.50 crore. Next year, CSK made a bid of worth Rs 5.80 crore but weren’t successful once again.

It is likely that the team owners will again bid for Unadkat as they need an Indian pacer to replace Mohit Sharma. Playing alongside MS Dhoni in IPL 2017, for Rising Pune Supergiant, Unadkat formed a lethal pace attack with Shardul Thakur. In 2018 auction, CSK bought Shardul but couldn’t make the final bid for Unadkat.

This time, Unadkat’s price is unlikely to cross Rs 5 crore-mark and the franchise is again expected to make a bid for him.

Note: CSK only have two slots available for overseas players.