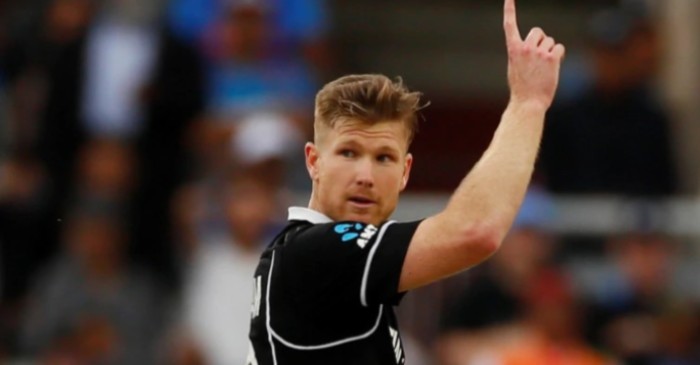 Kiwi all-rounder James Neesham is widely popular on social media because of his hilarious takes on almost everything. But when it comes to playing for the national team, then he hasn’t been able to secure his place.

NZC has named a 13-man squad, which includes quite a few familiar names like Tom Bruce, who is given the responsibility to lead the side.

The opening game will start on Wednesday (January 22) at Bert Sutcliffe Oval in Lincoln.

After the completion of the three-match unofficial ODI series, Bruce will join the senior team for the two T20Is on January 31 and February 2.

Players like Tom Blundell, Glenn Phillips, Todd Astle, who are in the ‘A’ squad, have a lot of experience and will give a tough fight to India A team. This would be an excellent opportunity for these players to shine and make their way in the T20I side ahead of the 2020 T20 World Cup in Australia.

The chief selector Gavin Larsen praised Neesham and said that he is in plans of NZC for the upcoming T20 World Cup.

“We see both Daryl and Jimmy as important all-rounders in the T20 format. With a traveling squad of just 13 and the need to balance the options for the series, Daryl gets this opportunity against India as a reward for his consistent form for the Black Caps,” Larsen was quoted as saying in Cricbuzz.