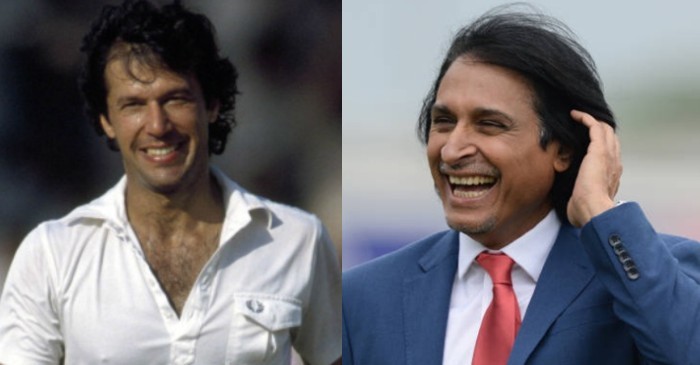 Former Pakistan cricketer turned commentator, Ramiz Raja recently recalled the time when his captain Imran Khan taunted about him dropping a catch off his bowling. While fielding, out of the blue, Imran pointed out about the catch-drop of Gordon Greenidge.

Greenidge used to open the batting for the star-studded West Indies team. Raja, the famous cricket analyst and broadcaster, lately engaged in a chat with his Indian counterpart, Sanjay Manjrekar.

“He (Imran) suddenly looked over to the backward square leg region and said, ‘Remember that catch from Gordon Greenidge you dropped off my bowling?” Raja told Manjrekar during the chat.

“But Imran, Greenidge went out for 16 in that match,” Ramiz said, to which Imran replied ‘No, but the partnership was worth 38’,” Raja continued.” He still remembers everything.”

Also, Imran often nagged about Raja’s shortcomings on the field while asking about him not diving on the field. “Yaar Rambo, tum dive kyun nahi maarte ho (why don’t you dive)?” recalled Raja.

Both Raja and Manjrekar reminisced about the golden period when India and Pakistan played hard-fought cricket matches.

Pakistan troubled several batting units with the likes of Imran, Waqar Younis, Wasim Akram, and Abdul Qadir. The Indian team, on the other hand, blessed with genius batsmen, namely Sunil Gavaskar, Kris Srikkanth, Dilip Vengasarkar and many others.

“Our generation was in awe of Indian batting. India-Pakistan contests used to be so friendly off the field. We spoke the same language. We had freedom of culture whenever we played, so we never sledged,” Raja concluded.

However, India-Pakistan contests these days aren’t evenly matched, with India getting the better Pakistan in multilateral events. The two countries do not engage in bilateral series due to diplomatic issues.